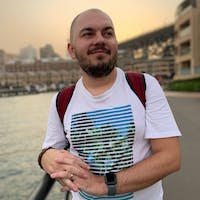 This weekend was all about fixing a performance bug on Avo.

Avo does a lot of meta-programming and its goal is to be as extendable as possible in the most uniform way. Because of that, we use a lot of partials in our rendered pages, keeping things DRY and extendable.

Let's have a look at the Index view for User (/avo/resource/users). The structure looks a bit like this:

So we quickly get to 3000+ partials for a 72 row table, not counting other partials on the rest of the page.

I noticed that rendering the whole page took somewhere from 5.5 seconds to sometimes 7 seconds.

I mean... I knew that Rails sometimes has performance issues with rendering a lot of partials, but still... 7 seconds is a long time.

I said, OK. I'll just cache the whole row and be done with it. But still, when someone accesses that page for the first time it will seem like an eternity. I can't have that. Avo is about having the best user experience (alongside the best API for developers). I gotta dig down and figure out the problem.

Fields from partials to view components

I started converting the field partials to view_components. They claim 10x performance over partials. I can confirm some of those performance improvements. Besides that you get a nice contained API to work with views and a nice way to test them. So I started with the big culprit _index_field_wrapper.html.erb that sets up the field.value inside the td.

Then I converted all the other fields to view components. That brought down the render from 5.5 to 4.5 seconds.

Remove extra partials we can extract to helper functions

The row/grid_item selector has two partials we inject into the page. One for the stimulus controller init and one for each row/grid_item so the user can select the records on the page.

I extracted them into two helper methods. That clears out one partial/record and one more for the whole page.

Page renders in about 4.2 seconds. A bit better, but we need more!

Go nuclear and remove all things

I needed a better strategy, so I went nuclear. I removed all the fields from the user resource. I left only the id field.

1.8 seconds. Better, but I still don't know what causes it.

Let's remove the resource controls component (view, edit, delete buttons at the end of the row).

I brought back the resource controls component and tried to figure out what causes that slowdown. That component has only a handful of methods, nothing heavy. It must be something else. The template uses those methods and renders a couple of links and a couple of forms with some inlined svgs.

To inline the svg's I'm using inline_svg_pack_tag from the wonderful inline_svg gem.

So I pull out the rack-mini-profiler gem and hit that page with the ?pp=flamegraph param. After a deep dive I see a lot of Webpacker::DevServerProxy#perform_request calls.

I'm using the bin/webpacker-dev-server server which holds the assets in memory and refreshes them on change. So when the app needs an asset (like an svg) it requests it from that server. Makes sense!

I enabled the resource controls component and went into my svg helper and instead of returning inline_svg_pack_tag I just prepended a line return 1. I want to see if this is the culprit.

I went and disabled the webpack-dev-server and compiled the assets using bin/webpack. I want to see the impact.

Hmm 🤔. Not that much of a difference. Kinda the same result with the dev server on. But I noticed something else.

A lot of [Webpacker] Everything's up-to-date. Nothing to do log entries. It seems that webpacker checks to see if the assets are compiled on each asset request and that slows it down a lot. Seems a bit wasteful to me, but I haven't checked the internals. I decided to monkey patch this myself by using my own svg inline solution.

This new helper should:

I ended up with this tiny thing.

I refresh the page and voila.

Add the fields back.

The same page with 72 records loads in 0.5 seconds rather than 5-7 seconds. More than 10x improvement by figuring out that nasty webpacker performance issue.

It was a tough frustrating weekend but I'm very happy to have figured that out. Now I'm one step closer to releasing the Hotwire beta 🎉